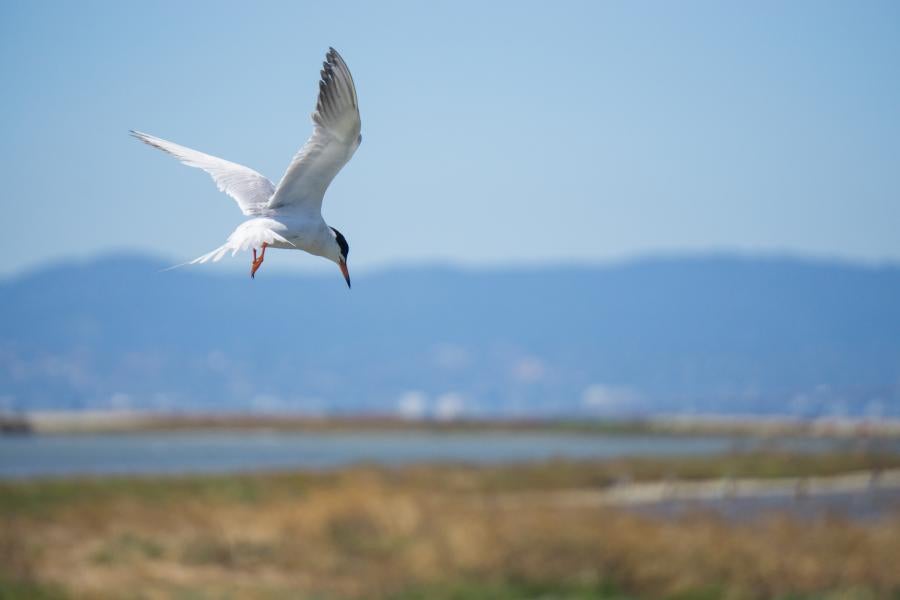 SAN FRANCISCO - Today, the staff of the San Francisco Bay Restoration Authority (the Authority) announced that it will recommend allocating $67.5 million Measure AA funding to five projects to improve the health and ecological functions of the Bay.  Two of the projects were awarded funding at today’s Governing Board meeting; the remaining three will be presented for funding later in 2019.

The projects in this year’s funding round include an $8 million wetland restoration project in Contra Costa County, $1 million for the restoration of a parcel of scarce San Francisco waterfront park land, and a $57 million five-year commitment, of which $11 million will be funded this year, for the design and construction of a 4-mile ecotone levee in the South Bay as the first phase of restoring 2,900 acres of managed open water ponds to tidal marsh.

“Habitat protection, flood protection and shoreline public access are all tangible dividends of Measure AA investments, “said Dave Pine, Chair of the Authority Governing Board and a member of the San Mateo County Board of Supervisors. “The five projects proposed for Measure AA funding in this grant round advance the goal of restoring the Bay for the benefit of both people and wildlife.”

Measure AA, the Clean and Healthy Bay Parcel Tax of 2016, was the first nine-county funding measure in the Bay Area and is generating $25 million per year for Bay restoration through a $12 annual parcel tax for the next 18 years.  The San Francisco Bay Restoration Authority is a regional agency responsible for distributing that funding to projects that restore, enhance and protect wetlands and wildlife habitat in San Francisco Bay.

“After only two years of funding, we’re making substantial progress against the objectives that were set during the 2016 campaign for Measure AA.” said Sam Schuchat, Executive Director of the Authority, “By the end of this year we anticipate funding 20% of the levee construction objective, 20% of the wetland restoration goal, 13% of the Bay Trail objective and exceeding the goal of 15 new public access facilities. With this round’s large allocation to the South San Francisco Shoreline Project, we have also fully met Measure AA’s regional funding requirement for the South Bay region.”

There were 15 grant applications received in response to the 2018 Request for Proposals, requesting over $83 million in total. Restoration Authority staff will recommend funding the following:

“This second year of grants will inject much-needed funding into some of the Bay’s most critical restoration projects.” Schuchat continued, “We have recommended funding for the full spectrum of project work from planning and design to landscape-scale, multi-year implementation.  Each of these projects will directly benefit their local ecosystems and enhance the overall health and accessibility of the of the Bay, which is exactly what voters supported in 2016.”

“As we promised Bay Area voters, Measure AA funds are accelerating wetland restoration the Bay’s wildlife needs,” said David Lewis, Executive Director of Save The Bay. “But the Restoration Authority needs more state and federal funds to meet the demand and stay ahead of rising sea levels – it received $60 million more in project requests than it could fund this year. Studies show we need to restore more of the shoreline sooner to meet the climate crisis head-on.”

In 2016, the Yes on Measure AA Campaign identified six Strategic Outcomes to be realized over the 20-year life of the Measure, if passed:

The full list of project proposals received in this round can be found here: http://sfbayrestore.org/sites/default/files/2019-06/2019-06-07-gb-item_09_att1_round_2_grant_recommendations_table.pdf

The San Francisco Bay Restoration Authority has released a call for proposals for Round 3 of Measure AA grants to fund projects that: improve Bay water quality; restore, monitor and maintain habitat for fish, birds and wildlife; use natural habitats to protect communities from floods; and increase shoreline access and encourage public participation in protecting the Bay's health.

Proposals are due by December 13 at 5pm PST.

Request for Project Submittals for BRRIT